Gary Numan’s iconic song “Cars” was released as his debut single exactly 40 years ago last month. I consider it to be one of the greatest pop songs ever made. It still sounds great today, and it’s been in heavy rotation on my iPod Shuffles at work for many years now. In fact it’s garnered an amazing 1,096 plays in just a little over the past 9 years. I’ve pretty much heard it about every 3 days since 2010.

Here in the U.S. it was a big radio hit during the Spring and Summer of 1980, and it hit the Top 10 nationally. I don’t remember liking it all that much as a nearly 13-year-old. When I was living and working in England it was re-released as a single, and it hit # 2 on my chart at the start of October of 1987. As a 20-year-old I finally appreciated the unique way-ahead-of-its-time track.

TODAY – September 12TH 1987 – marks the 32ND anniversary that I saw Gary Numan LIVE in concert at the Oxford Apollo in Oxford England !  West Won was his opening act. Anyone ever heard of them ? 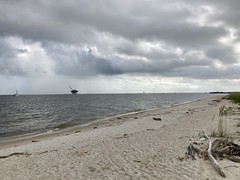