Every Friday I post the Top 5 of one of my classic hit music charts based on personal preference and influenced by radio airplay from either 10, 15, 20, or 30 years ago this weekend (rotating each week).

Don Henley’s “The End Of The Innocence” hit # 1 on my chart 30 years ago this past week. Not bad for a single that was actually released nearly 9 months earlier in June 1989. It was a late-bloomer on South Florida Top 40 radio at the time – not really making much of an impact until after it was nominated for 3 Grammy awards including Record Of The Year and Song Of The Year. (It won for Best Male Rock Vocal Performance.) 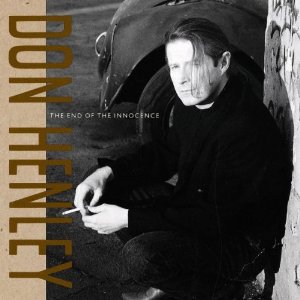 “The End Of The Innocence” was the title-track of Don Henley’s biggest album ever (nominated for Album Of The Year), and that album was by far my most-listened to album (cassette) on the sands of Saudi Arabia during Operations Desert Shield and Desert Storm. It essentially became the soundtrack of the war for me. Not bad for an album that was pretty much anti-war. The title-track actually returned to # 1 on my chart dated Sunday March 10TH 1991 – my first Sunday back home stateside post-war. I consider it to be one of the greatest songs ever made from one of the greatest albums ever made during my lifetime.

Well after 13 weeks in a row of blogging – 55 posts in a row on Thursdays, Fridays, Sundays, Mondays, and 3 Tuesdays – I’m ready for a break – Spring Break that is !

Your likes, follows, and comments are always appreciated. Thank You for being part of my online ministry to share God’s Good News and win souls for Christ through His music. I’m also on Twitter @ChrisMDay, and I’m the man behind the tweets for my church @LivingWatersHFL.

Enjoy the first week of March my friends !  May the God of hope fill you completely with joy and peace as you trust in Him.

I'm 55 years old. I've been online for the past 29 years - starting with my own dial-up bulletin board system in 1993 - and continuing with AOL, my own dot.com web site, Myspace, Wordpress, Twitter, Flickr, and Facebook.