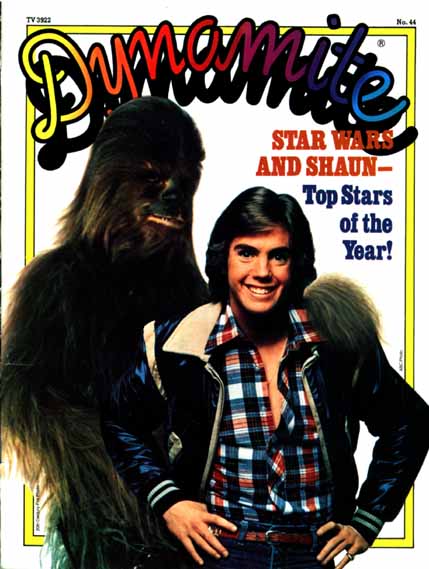 Once upon a time in a decade far far away there lived this dude by the name of Shaun Cassidy. In 1977 when he was a mere 18-years-old he was one of the top music and television stars in the U.S.A. He was one-third of “The Hardy Boys / Nancy Drew Mysteries” on ABC-TV on Sunday nights at 7 PM. He was on the cover of virtually every teen mag at the stores. And he was a teen-pop megastar sensation. He scored 3 TOP 10 gold-certified smash hits in a row that each spent 4 to 6 months in heavy rotation on the radio. This was the 3RD of those 3 hits that were all of the rage on Friday nights at roller discos everywhere. It’s “Hey Deanie” – as performed on “The Mike Douglas Show”.

Hey Suzanne Somers – How ’bout introducing the young cat for us ?